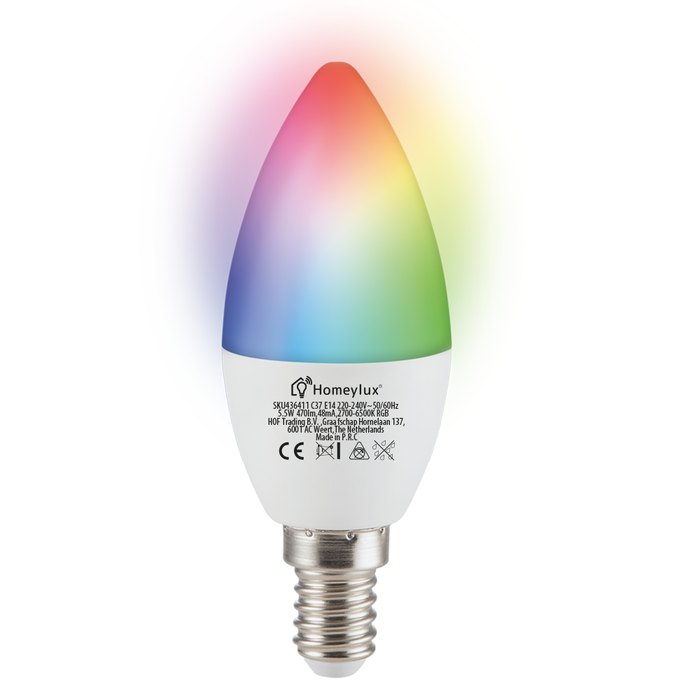 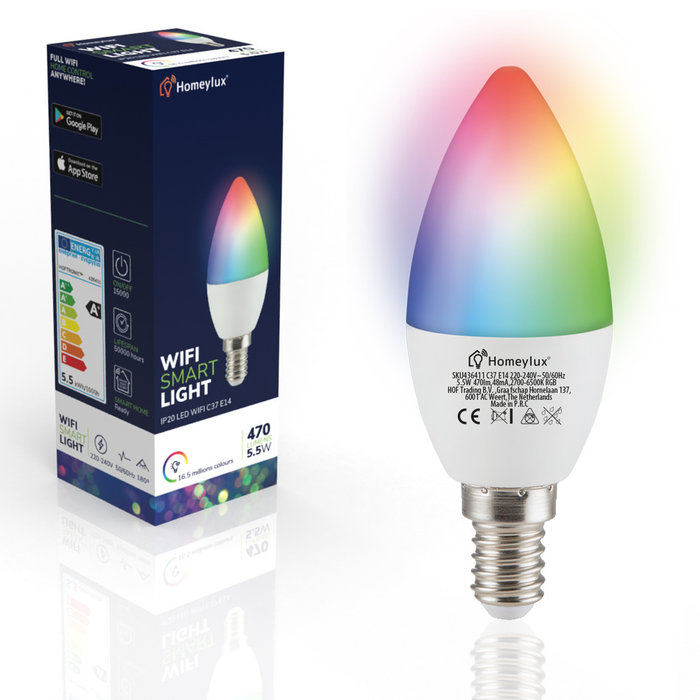 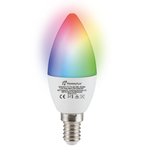 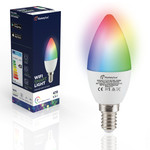 The smart LED E14 lamp of the brand Homeylux can be controlled directly via the Homeylux App. The functionalities of the smart bulbs are:

The LED smart lamp E14 gives you a lot of possibilities. The E14 smart light can be set up according to your own taste and preferences. The LED smart light E14 can be set to one of 16 million RGB colours. This makes the E14 lamp not only a nice addition in the home, but also in public spaces and environments such as in cocktail bars, cafes, hotels, in spas or in restaurants.